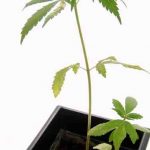 The hemp plant – Brief historical background of the hemp plant –  cannabis oil
Cannabis is a plant source in the Himalayas and Central and South Asia, and there is evidence that already 5,000 years ago it was common to use it for medicinal. Found that China, Egypt and Ancient Assyria is used for medical purposes. The use of plant cultures permeated both the East and the West, and was used both for medicinal and religious purposes with psychoactive orientation.
Image of the controversial plant has begun to take shape at the beginning of the twentieth century, first in the United States, was the first to ban the use, breeding and keeping it, and subsequently did so also other countries around the world. Within the context of deterrence taken by countries, part of the policy of the outlawed, cultivated and distributed the connection between the effects of the damage to the plant and those who use it, including addiction and loss of sanity, not to mention falling foul of the law enforcement system. However, it seems that in recent years the expansion of medical research about the positive effects of the plant, which would also changing its legal status.

The hemp plant – Legal status in Israel
Israel cannabis use is legal only within the framework needed for medical purposes, and is allowed only with a license from the Ministry of Health. The license is granted only after the patient has shown no other treatment did not help him. Is distributed only in licensed stores and some hospitals.
Active ingredients in the cannabis plant
Marijuana identified 60 medically active substances, of 460 chemicals it contains a whole. These materials are concentrated under recognized group – cannabinoids. But the impact of most of cannabinoids still was measured in studies, and is not clear until the end of the medical factors. The delay can be attributed to the study, the state in which the use of cannabis is illegal, the study encountered political difficulties.
The main ingredients you already know for certain effects and are used in medicine are THC and CBD. In fact the plant produces the THCA and the CBDA and only these heating elements are formed, the human body prepared to absorb through cannabinoid receptors, running a series of activities and stimuli that contribute to the proper functioning of the body.
Endocannabinoid system is the one responsible for the chain of reactions and sends the signal-forming effect on the brain and a variety of body systems and their functions. Most of neural receptors are known to the CB1, CB2. Known that the CB1 receptor is found mainly in the brain, although recent studies it has emerged as peripheral tissues. When you run the CB1 is a psychotropic hallucinogenic effect, uplifting and relieves pain. CB2 receptors are almost exclusively in cells and organs that have a connection to the immune system and blood, as it has the highest concentration in the spleen. When you run it creates an anti-inflammatory effect and reduction of nausea and convulsions. Recent studies found that cannabis use may help stop the spread of metastatic breast cancer and that it promotes bone building.
The hemp plant – Medical Cannabis strains
As part of the use of cannabis for medical purposes became a process of isolation of components with therapeutic effect. Industrial Engineering deals with cannabis plants currently developed for this purpose two main varieties, each of which increased one by one Hknboaidim most recognized, THC and CBD. These strains are called sativa and indica.
How does indica strain on health?
This strain CBD percent higher. Enter indica consumption produces a physical sensation of drowsiness and relaxation, providing a sense of peace, relaxes muscles and relieves the nervous system. Zen is designed to relieve pain and treat sleep better and soothe anxiety, has anti-inflammatory properties and is effective in treating cancer.

How does sativa strain on health?

This strain THC increased, and its consumption is relieved and provides energy for body and soul, appetizing, reduces nausea. Is effective in treating migraines, depression, chronic pain and for patients receiving treatment and appetite suppressing drugs such as cancer and AIDS.
The hemp plant – Enter Hybrid
There is an additional strain that makes use of these two active ingredients in a balanced and suited for chronic pain sufferers who do not want the other effects of arousal or drowsiness.
Uses spaces: Population geriatric, Tourette’s syndrome, stress disorder post-traumatic epilepsy, Parkinson’s disease, irritable bowel syndrome, multiple sclerosis, Crohn’s disease, cancer, especially breast cancer, and symptoms of restlessness, sleep disturbances (insomnia), nausea, diarrhea , constipation, loss of appetite, migraine, seizures, chronic pain of all types – and this is just a partial list.