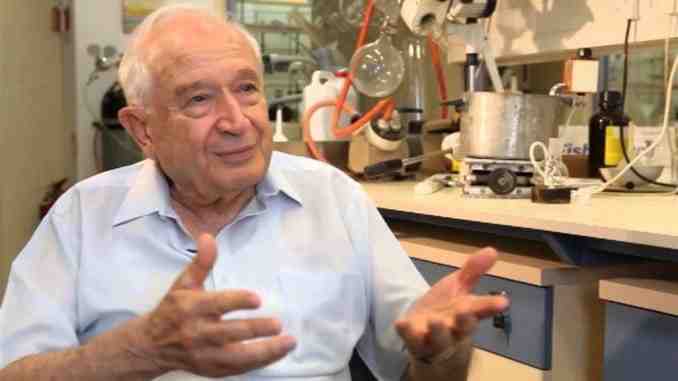 one of the 50 most influential Jews in the world 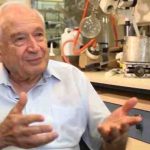 Raphael Mechoulam – If not you, Professor Raphael Mechoulam. Only in 2014 the Jerusalem Post gave him the title of one of the 50 most influential Jews in the world, but in fact, it all started back in the early sixties, already Mechoulam discovered a discovery that changed the face of humanity forever. Meshulam and his colleagues studied the presence of CBD and cannabinoid type – THC cannabis, which was never done until that day. Despite the many testimonies and the early use of cannabis seems ancient chemical structure of cannabis had a fog, contrary to the general knowledge about other illegal drugs such as morphine and cocaine were investigated in the 19th century, cannabis is not chemically never lonely. Hanan paid to the overall structure and the structure of the atomic constituents serial material (Stereochemistry), so that a single one of the two main ingredients of cannabis, cannabidiol (CBD) was considered his first discovery, it found an ingredient in anti-inflammatory and nonpsychoactive effects. A year later, in 1964, published in partnership with the ingenious Yehiel first isolation of THC, the psychoactive substance in cannabis activist. Together they explained the structure and spatial arrangement of chemical bonds of cannabis, in a few years they were the first to make an initial synthesis of CBD and THC. Over time, many articles have been published and made him to be the first researcher who managed to isolate the chemical constituents of the hemp plant. But paid not stop there, in addition also revealed the endocannabinoid system that shed a positive light on the prevailing views about the use of cannabis. Suddenly it seems as if cannabis was an active participant in our existence since time immemorial.
Raphael Mechoulam – Today, Raphael Mechoulam holds the Israel Prize in Chemistry for the discovery of elements of cannabis and has become a byword in the world, won a documentary film called “Scientist”, watch the movie – click here, the film will confess Meshulam’s investigation process and recognize the partners on a long journey over the years. Paid sought always looking where others do not see cannabis opportunity to push the boundaries of knowledge, “a scientist should look for important issues, and I found it to be an important issue for review,” he argued. Paid first performed a laboratory experiment and chose to start examining the effects precisely on monkeys that found that only one material affects monkeys. This substance THC was, of course, over time, began to make small experiments on humans, living together in the home gave 10 mg of THC on a slice of cake volunteers who were guests in his home, he has never before accomplished when it comes to the consumption of cannabis carefully examined great attention to the effects. it seems that all the people have been affected from THC, the most interesting thing to witness was one of the people affected by every other way.
Raphael Mechoulam – Findings from earlier research paid continued experimenting epilepsy patients, and found himself traveling to Sao Paulo to meet with patients who did not respond to any treatment or conventional medicine. The experiment began providing a large THC dose, more specifically about 200 mg a day! Pure material was separated on pot. Did you know that hashish are between 4-5 percent THC? So it seems that this is not an easy task at all to isolate THC in pot, despite the great difficulty results indicated the new discovery. It seems that all patients did not experience epileptic seizures included in any period of consumption. amazing!
Raphael Mechoulam – In the mid-80s along with Professor Aline Ault, they found the cannabis operating mechanism operated by a special receptor found in the brain and is called – the CB1 receptor. He was the first confirmation that that THC affects the brain receptors that exist. The more isolated than Andu cannabinoid receptors revealed that these paid any body manufactured on demand and are working around the place of their creation. When detecting the presence of this system gave it its name – endocannabinoid system
Which deals with the transfer of nerve impulses in the brain. This implies that when there is a functional problem or any campaign, the role of this system to produce and absorb natural ingredients called cannabinoids (found among others in the cannabis plant) which will maintain and improve the natural functioning of the various organs of the body, such as – the brain, the digestive system and the nervous system. Among other things, most of this system is protecting the nerve cells and directly affects various physiological conditions such as the development of cancer cells, bone-building, development and expansion of capillaries pregnancy and blood vessels, as well as mental well as depression and anxiety.
To date two receptors found in this type of meet CB1 and CB2 names that everyone in every human body is different responsibilities and different materials affected by cannabis. It now seems that Professor investigation about messes paid CB2 which is having a direct effect on the human immune system, he argues that the role of these receptors is reduced the severity of the injury from her confession. We believe the next few years we may find ourselves increasingly make use of the medical world the great discovery of Prof. Raphael Mechoulam.