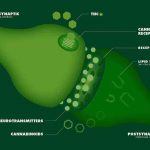 Endocannabinoid system innovations – an important system in our bodies, which takes the reins for the many functions and is versatile is the endocannabinoid system (Endocannabinoid System – ES). Components made of basic biological mechanisms which have numerous interactions, and disease-related biological processes, with the peripheral nervous system and central. From his many roles of this system, it is involved in processes related to brain structure and changes therein, learning and memory, the development of neurons and determining the fate of cells, pain, inflammation, regulating appetite, digestion, lactation, metabolism, balance energy, traffic, cycles of sleep and wakefulness, stress and balance emotional and substance abuse. Since this system concerns many different processes, it serves as an inspiration for research and is a target for treatment futuristic. It was discovered after first and important research of Prof. Raphael Mechoulam of the Hebrew University when identified and extracted the molecule Httrhirdoknbinol (THC).
Endocannabinoid system innovations – to figure out where the areas of medicine and science are able to reach in order to create diverse and innovative treatments, they understand the system to perfection. ES consists of two main receptors, G protein-coupled type (G protein belongs to a group of enzymes is a type GTPases participating in cell signal transduction pathways. These pathways which are activated in response to external signals). The first protein called CB1, and is mainly found in the brain and other structures called CB2, and its expression is more restricted to cells in the immune system. Both receptors are mediated by molecules Anandamide (AEA) and Arcidononil-glycerol (2-AG), and are considered the main Handoknbinoaidim. Andoknbinoaidim are shown when they are interacting with these receptors to create an effect of protecting neurons. Due to these findings, most of the focus in research dealing with the production of the ligand (molecule expressing cell chemical signal that absorbs) provided externally and which is waiting for the effects of the ES defensive. Work in this area is becoming more and more complex over time and it is impeding more active parts (ligands, receptors, and interactions sites) are revealed as field studies conducted and continue. The growing family that is set Andoknbinoaidom (Endocannabinoidome), and it becomes clear that it is the only tip of the iceberg.
Endocannabinoid system innovations – Research has shown that Fitoknbinoaidim (cannabinoids derived from cannabis) and Aminoalkilinodolim (speech synthesis which was substance interacting with ES) taking part in the operation of the ES receivers. For the past twenty years, the community of science and the pharmaceutical industry worked on artificial production of substances that react with Kloten CB1 and CB2 receptors (agonists – ligands react fully with the receptor), which were used to suppress nausea and vomiting, stimulation of appetite and cause pain medication in adults with MS and advanced cancer. In recent delayed adverse effects of a synthetic agonist of CB1 named SR141716A, re-focus research through the study of a new generation of synthetic cannabinoids. This new generation does not pass the blood-brain checkpoint. In addition, developed ligands for the CB2 receptor and the relationship because of the benefit versus risk is considered to be better compared to the active central agonists with CB1.
Endocannabinoid system innovations – a big issue arose in the study of Fitoknbianoaidim delayed ability to run the two receptors in the ES together, but some are also able to activate the CB2 without activation of CB1. Operating capacity also varies one compound to another with different combinations of Fitoknbinoaidim. Certain compounds debilitating effects of the second and so on. Delta-8 THC and CBN were the operators of the two receptors in THCV to CB2 agonistic behavior but antagonism (binds but does not activate it) to CB1. Because of this partial information when absent an explanation of the system very rough activity, more research is needed on the field to understand the mechanisms that the ignorant. The ability of additional components of cannabis receptors activates the ES is the subject of ongoing research. So far, though Fitoknbinoaidim else reported that it activates the receptors CB1 and CB2 through greater potency, in spite of consciousness to affect other systems related to ES.
Endocannabinoid system innovations – understanding that the ES concentration and various changes in many organs, tissues, and body fluids particularly under inflammatory conditions, in particular understanding the metabolism and synthesis systems and the related enzymatic decomposition of the ES, is key to the development of new medicines system. While the research to date understanding of the pathways was Mtabolim pass through the AEA and AE-2 receptor relative to the ES, recent studies have expanded the original molecules also studies and also to molecules in their products. In addition to his classic study of the pathways of the body where the ES is involved, also questioned the transportation of ECs through the cell membrane and its role in signaling the extracellular matrix that stabilizes energy balance, in addition to the position of ES in monitoring and managing the signaling pathways associated with a change of the functions of mitochondria (cell organelle responsible for energy production).
Endocannabinoid system innovations – as a result of multiple studies and a combination of cannabinoids Msontzim and Fitoknbinoaidim, both if the combination or separately, opened the window of hope for a variety of diseases and physical conditions so complicated that they have not found a solution. Drugs that cause Laotofgaih (myself cell death) for tumors, treatments for neurological problems (such as THC, CBD, CBDV and it is a drug Sativex contains equal amounts of THC per cent CBD), multiple sclerosis, epilepsy, pain and psychiatric Niorofti such as schizophrenia.
source:
https://www.researchgate.net/publication/306551072_Targeting_the_endocannabinoid_system_Future_therapeutic_strategies
Endocannabinoid system innovations

(Tetrahydrocannabinol) and the endocannabinoid system
THC&CBD 04/05/2017

(Tetrahydrocannabinol) and the endocannabinoid system

Relationship between THC and Alzheimer’s Prevention