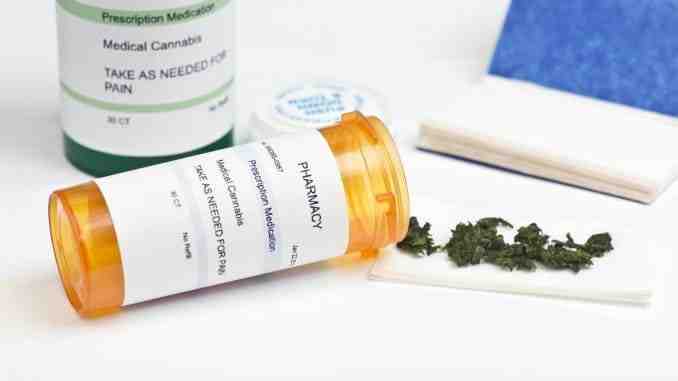 CBD oil and epilepsy – In the latest years, the public interest in the cannabidiol molecule (CBD) and its many effects in its natural form as oil was increased. One of the main pushes in this area comes from the field of enduring epilepsy, meaning, epilepsy which is not controllable by conventional medicine and specially in children who suffer from Dravet syndrome. This syndrome is an extreme expression of epileptic seizures caused mostly by high temperature and fever.

CBD oil and epilepsy – Cannabidiol or CBD, is the main non-psychoactive component in the cannabis plant. During the last centuries there was a use in CBD oil that is derived from processing the cannabis plant to treat a wide variety of diseases such as inflammation, pain, Gout, Malaria and fever. It was also documented as analgesic by medical practitioners in the 19th century. In the last years, clinical evidence accumulated and suggest that CBD oil is effective for neuropathic pains (that are related to the somatosensory system which is in charge of touch, perception and feel) that are derived from Aids (HIV) and epileptic seizures that are related to multiple sclerosis.

This article introduces the basic scientific theory behind the use of CBD oil and sums up published data about clinical use for treating epilepsy while highlighting the issues that rise from using available CBD products in the scientific research market.

The effects of CBD oil are mediated by G-protein coupled receptors known as cannabinoid type 1 (CB1) and type 2 (CB2), which are expressed mainly in the hippocampus (elongated ridges on the floor of each lateral ventricle of the brain) and other parts in the main nervous system. When CB1 is activated, an inhibition of neural communication is occurring through an action on calcium-potassium voltage mediated channels. These channels are known for their relations to epileptic and seizure activity. Studies had shown that CBD has higher affinity (attraction) to CB1 and even at low concentrations of CBD oil, it decreases the activity of the coupled G-proteins, More studies in this field showed that during an epileptic seizure changes are occurring in the expression level of CB1. During a seizure the expression level in the synapse (a structure that enables a neuron to emit an electrical signal) and in others it decreases in such a manner that decreases seizure threshold.

When the substance CBD is administered alone, an anti-convulsant activity is occurring. This was tested under different laboratory models such as MES (Maximal Electric Shock) that causes nausea, magnesium and other models. Coadministration along with rendering different effects. CBD oil’s anticonvulsive effect increases while using phenytoin or phenobarbital but decreases by using along with clonazepam, chlordiazepoxide and others. In a recent study that uses a pilocarpine model (pilocarpine is a drug used to dehydrate the mouth and treating glaucoma) it what observed that although CBD decreased the number of animals experiencing seizures, there was not a significant change in the number of seizures per animal.

Although the fact that experimental data in animal models can supply a potential benefit, clinical data that support the claim that CBD oil helps resisting epilepsy, is much more sparse. A survey among patient in a tertiary epilepsy treatment center revealed that 21% of the patients admitted using marijuana in the past year and 24% believed that marijuana is effective treating their seizures. In another study that included 308 cases of new seizure episodes, Brust and colleagues found that marijuana use was less common among men who experienced unprovoked seizures, that is compared to the control group. There was no significant difference with women. Despite of all this interesting data, these anecdotal observations do not rise to a level of evidence required to evaluate a potential therapy model. An additional number of clinical trials that were conducted in the field under acute control conditions and lower CBD oil amounts did not produce enough evidence in order to reinforce the claim that the substance is effective treating epileptic seizures.

CBD was found tolerable humans for quantities of up to 600 milligrams and was not found as a cause for psychotic symptoms. Oral administration of CBD oil passes a prime processing through the enzyme CYP3A4, which is in charge of oxidizing small organic foreign molecules and mostly abundant in the intestines and liver. A single dose of CBD in human is completely consumed within a period of up to two days. While trying to evaluate data related to CBD and marijuana a few issues are rising. The amount of studies is limited and the works done are small, poorly described and not well designed. In addition to the works issues, CBD product are not manufactured under the observation of Good Manufacturing Practice (GMP) system. This system acts in order to insure that the products are produced on monitored in a constant manner according to the standart quality conditions. In absence of acquiring substances that follow up to the system, there cannot be assurance of the products consistency and quality, which creates difficulty maintaining a quality research.

Epilepsy is a severe disease that touches the live of many close to us. Although findings in studies suggest efficacy of CBD oil against the disease and its symptoms, the distance to finding a treatment or medicine is still great. The limitations displayed in this article such as the poor studies and the quality of substance used for this purpose makes it harder to achieve a level one evidence. Despite all of that, the need to study and bringing CBD oil production to the standard quality conditions encourages scientists and the industry to act and explore more of this wonderful substance.

Tags:
Previous Article
What is THCA
Next Article
Cannabis Shares