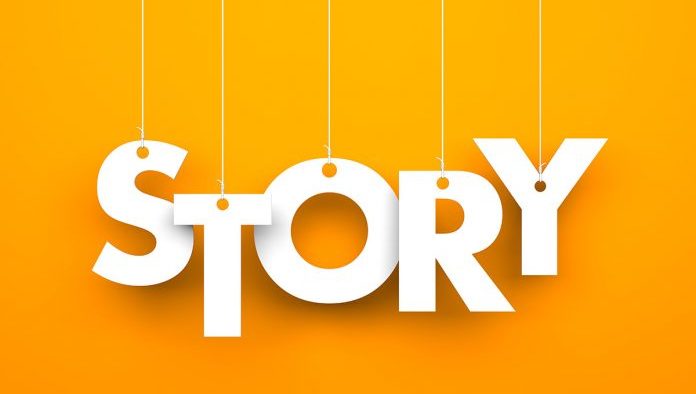 Cannabis oil – My personal story – Suddenly in the middle of my life at age 47, in March 2013 I felt an extreme pain every time I needed to urinate.
I went to my family doctor who sent me urgently to the emergency room.
After examination in the ER, I have been told that I had severe colitis which is an inflammation of the colon and a fistula from the intestine to the bladder.
As a result, I was rushed into the operation table.in the operation, they cut 40 percent of my large intestine and 50 percent of my bladder. After the operation I woke up and was in lots of pain and with several wires and tubes connected to me and with an 11 cm hole in my stomach open wide.

In July 2013 the doctors decided to perform another operation in order to try to revive the condition of the intestine.

This operation got complicated after my intestine got glued and a high fever.
I had another urgent operation on the same day. I woke up after three days and when I woke up I was swollen as a balloon and again connected to various tubes in addition I had nausea and I could not eat by myself.

In October 2013 I was released from the hospital. For 5 month at home I couldn’t get out of bed. I used a vacuum machine that was supposed to help me close the 11 cm hole in me.
I had to change pads every hour I received shots and antibiotics.

All of this was accompanied by severe pain and use of morphine all day long.

In March 2014 my fever went up to 41c so I went back to the hospital.
In further testing, I was diagnosed with hepatitis. After a CT that showed a tumor in my biliary tract.
I had a biopsy and after a few days I got the worst diagnostic – I had cholangiocarcinoma which is also known as bile duct cancer. Which is considered very lethal.

Cannabis oil – My personal story – With the discovery of the tumor, the medical stuff began discussions, which they had different views on how to proceed in the treatment.
The different views led me, together with my brother, to look for another opinion.
A close friend sent me to a doctor, which after examining my medical record, said that I need to go to another surgery to remove the tumor.
He said that the hospital that he works in can perform the operation. I immediately checked out of the hospital that I was in and went to the hospital this doctor was working in.

In the second hospital, I was diagnosed with streptococcus pyogenic which is a severe streptococcal infection. I could not pass the surgery while I had this and it took me another month in the hospital to get rid of the infection.

In April 2014 the time has come to perform the operation. The doctors were very skeptics about the success of the surgery because this kind of cancer tends to have secondary growth.
And if they see that this is the case they will not perform the operation because it’s useless.

The operation took 12 hours and as a result, they cut off my gall bladder, 75 percent of my liver, parts of the duodenum, pancreas and the small intestine.

When I woke up I had severe pain that continued for months.
All of my blood tests showed abnormal results compared to a man my age and my thyroid gland showed increased activity.

The doctors explained that this is normal for a person who went through this kind of operation.
Most of the systems in my body did not function well enough or did not function at all. I have been through a lot of pain and much suffering.
I was taking lots of morphine and nausea counter medicine on a daily basis.

At the end of another 3 months at the hospital I was released with a leaking drain in my stomach, hernia in two places and the 11 cm hole I had from the first operation.

Cannabis oil – My personal story – I felt like I was in the main role actor in a horror movie.

The treatment at home was unbearable, I could hardly stand up and walking a few steps was a military operation for me.
My house became a small hospital. I needed to change the pads every hour, I had to empty the drainage all the time and I used the vacuum machine to try to close the hole with no success. In addition, I got all kinds of fluids, iron and pain killer injected into my body daily. In Sep 2014 I returned to the hospital to get the plan for six months of radiation treatment and chemotherapy.

After 3 months of chemotherapy, I was told that my immune system shows zero functionality.
The doctors wanted to continue with the chemotherapy. I was in a bad physical condition and I began to understand my situation.

After a talk with the oncologist doctor, I was released home. I thought that if I would continue the chemotherapy I will die so it’s better to die at home.

In Jan 2015 I returned to the hospital for testing. They replaced the drainage and told me that it will continue leaking and I have to get use to living like this.
After 2 days I got the answer from a CT that showed half of a cm shadow that could be a tumor.
They said that just for a biopsy it will be a 12 hours operation and it cannot be done in my situation.

When I asked what can be done about it their answer was “Nothing we can do”.

This was the sentence that made me willing to live to come back to me. I decided not to give up.

A few days went by and I received a phone call that will change my life and guides me to new understanding unconventional medicine.

The women introduced herself as a friend of a friend of mine and said “ I have heard of your case and I want to help you” she continued “ I will send you syringe with black oil and if you will consume it for 3 months I promise you that you will feel better and that the half cm shadow that they see in the CT will disappear”.
When I asked what is this oil she replied “cannabis oil”.

This was a crack in the window that opened a wide hope for me. After all the doctors that said nothing can be done suddenly I had hope.

Treating myself with cannabis oil, hemp oil, and other plants and roots oils.

I started to consume cannabis oil.

Every day I consumed one gram of oil even that I have been told that I a gram should last three days.

After only 14 days of treatment, I noticed that the leaking from the drainage in my stomach stopped.
It was the first sign that I was doing something good for my body.
It gave me hope to keep fighting. I told myself that I should continue with the oil treatment. I went to the hospital and they removed my drainage and for the first time in two years I could live without it.
After another two weeks, I noticed that the hole is starting to close after two years that it didn’t.
I continued to consume the cannabis and hemp oil and my diet was only fruits and vegetables.

Another CT that I had on May 2015 showed that the shadow still remains in the liver in the same size and place.
From believing in the oils that I take I decided to continue the use of the oils but I started to take 4 times the amount that I was taking (8 times a day).
At this time after a month of use the pain started to reduce, my nausea was almost a thing of the past and I have started to walk a little by myself.

After a while, I started to run out of money.
The cannabis oil cost is very high and due to the amounts that I was taking, I was left with almost no money.
I decided that I will extract oils from different plants and roots that are known to have an effect on cancer.
First I made ginger oil and mixed it with the cannabis and hemp oils. Then I started to make very concentrated oils from curcumin,chia seeds and pomegranate seeds.
I found out on myself that these oils combined have a good effect and increase their functionality.

In Aug 2015 I had an MRI, which showed that the shadow that was shown in the liver was gone. I could not be happier.
I knew I was on the right trucks.
I had to keep investigating on these oils.
I loaned some money from a friend to buy more cannabis oil and to keep producing my own oils.
I started to make the five oils mix and use it daily (at this time I reduced the amount to once a day).

After some time all my blood test returned to normal figures.

In the following weeks and months friends and relatives who heard what I have been through, people began to ask for the 5 oils treatment.
A friend with an inflammation of the gums reported that after one day it was gone.
A friend who suffered from bronchitis reported major improvement.

In Apr 2017 in blood tests, I got bad news. Two of the measures was showing the existence of a tumor.
I was scheduled to have a PET CT in the following months.
I was very afraid of the results of the PET CT scan.

I decided to triple the amount of oil that I took and hoped for the best.

A few days before the scan I did blood test again and the measures that were bad went back to normal.

The results from the PET CT came back after a few days showed that my body was clean of any tumor.

What happened to me in the last few years led me to realize that the five oils have a beneficial effect on the human body treating various problems: infections, cancer, wounds, sugar levels and more.

This is my personal story – years of pain and suffering led me to the conclusion that these oils can make a difference.

This site was made in the purpose of giving information that can save lives.

These days I am making a limited number of the five oils mix.
Cannabis oil – My personal story

Tags:
Previous Article
Articles listening – Cannabis oil Is it a cure for cancer
Next Article
Types of cannabis oil