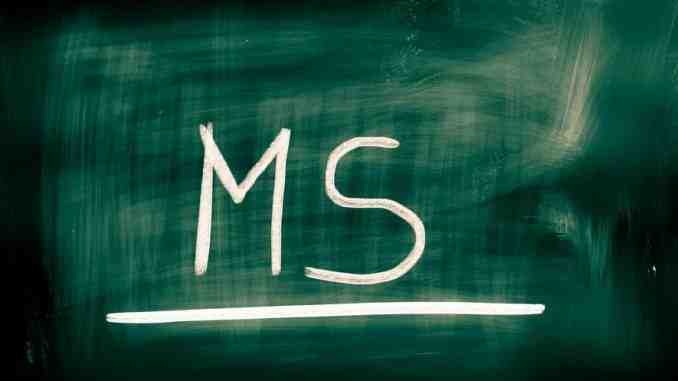 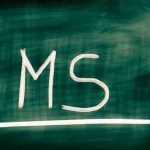 Cannabis and MS – A study published in the journal Brain and carried out at the university’s Institute of Neurology in London, showed that in addition to relieving the symptoms of multiple sclerosis, cannabinoids (the active ingredients in the cannabis plant) help delay progression of disease and neurodegeneration that leads to the rest of chronic disability MS in particular, including neurodegenerative diseases.
Another study done in 2012 and published in the journal of the Canadian Medical Association found that the consumption of cannabis in the form of smoking for the purpose of reducing the symptoms of pain in patients with spasticity who were refractory to other drugs, cannabis and MS revealed a significant improvement not only in pain intensity but also the treatment of spasticity (stiffness) itself .
Cannabis and multiple sclerosis, a study carried out by Spanish researchers in 2012, showed that treating mice EAE by cannabinoids significantly reduced the progression of the neurological disease and disability caused by MS.
The researchers found that use of oral (by mouth) with THC in MS patients improved immune function in their bodies, indicating the potential of cannabinoids affect the pro-inflammatory processes in multiple sclerosis.

What is Multiple Sclerosis:

Cannabis and Multiple Nfotzh- multiple sclerosis or MS is an autoimmune disease where attacks the central nervous system itself for an unknown reason resulting in inflammation that causes chronic degeneration, muscle weakness and damage to motor coordination.
Inflammation damages the myelin: adipose tissue, which surrounds the nerve fibers and sometimes the infection affects the nervous affiliates themselves and not just a shell. Christians long-term inflammatory foci scattered brain and spinal cord and impair the proper functioning of the central nervous system.
The word “multiple” is attributed to scar created by the inflammatory process and the term “common” or explosive -ngzr that there is a multiplicity of scarring in the spinal cord or brain.
Over time, the multiple sclerosis patients become permanently disabled and could die from the disease where there is degeneration of nerve Hatonomiim and non-Atonomiim.
The average age of patients with multiple sclerosis moving average age 20-40.

In what ways cannabis helps the symptoms of MS:

Symptoms appear the disease: Cannabis and MS disease is often a sense of headaches and migraines, dizziness, numbness and tingling of the limbs or body, blurred or double vision and speech disorders. In some cases there may be weakness of the limbs, disturbance of coordination of limbs, gait instability, disorder sphincter control – particularly of the urinary and sexual dysfunction. Increased fatigue, negative impact on memory, low mood and depression to alternately lift. Sensory disturbances such as numbness, convulsions, Noiroftim pain, spasticity, symptoms associated with the location of the body where myelin damage such as brain or spinal cord, or alternatively both,
Symptoms vary from patient to patient and each patient has no similar two.

The most recommended way to deal with the problem of fatigue in MS is to treat the underlying cause which causes fatigue, often difficult to find the exact cause for which caused fatigue in patients with MS. Fatigue often stems from a lack of energy levels as a result of weakness, boredom and lack of motivation, sleepiness, irritability, anxiety and depression.
80% of MS patients suffer from very tired of the ordinary and fatigue so severe climatic conditions of heat and humidity.
Since cannabis relieves a variety of aspects of cannabis and MS: pain and depression, so it actually makes it easier and helps to relax, fall asleep and sleep soundly and thereby reduce levels of fatigue.

Spasticity is a contraction or muscle tone weakness usually appears after nerve damage, such as stroke, Parkinson’s and multiple sclerosis.
According to the Neuroscience Global Fund in Los Angeles found that five out of six studies conducted in the context of cannabis and MS and spasticity reported improved mobility and decreased spasticity in patients with multiple sclerosis.
It was also found that the combination of active ingredients in the cannabis plant is THC & CBD which makes medical benefit in the treatment of spasticity.

Seizures in people with MS are common causes much suffering for these patients.
Conventional treatment is acceptable to use nonsteroidal anti-inflammatory painkillers, muscle relaxants, anti-anxiety medication and in some cases even inject the H”botoks “(botulinum toxin-toxin), use any drugs to relieve pain and reduce cramping or weakness of muscles and allow the patient to conduct a she lives normative, but in most cases, medication is not effective and causes serious side effects.
As a result, many countries have begun to physicians prescribing cannabis and MS medical cannabis to alleviate the symptoms of convulsions in patients with MS and cannabis became the preferred drug for many MS patients and appropriate conditions or similar ailments.
The choice to use cannabis to alleviate cramps, muscle pain and tremors become the optimal choice and most practical to relieve these symptoms in patients with MS as an alternative treatment to prescription drugs.

In 50% of MS patients who expressed depression occurs as a result of direct damage to the nerves responsible for regulating mood (dopamine, serotonin) or alternatively depression can appear as part of the side effects of conventional medication for patients with MS.
A survey conducted in the US and UK which examined 112 patients with MS found that 90% of patients reported improvement in symptoms of depression following the use of cannabis, cannabis and MS probably related to the change in mood that cannabis relieves pain 🙁 different symptoms, spasticity, seizures etc.) and consequently does not give a patient to reach a state of depression that is also in addition to the active ingredients of cannabis: THC, CBD, CBC (CANNABICHROMINE)
Can exert antidepressant.
Handoknobinoaidit system known to have a major role in regulating mood and a part of this system is anandamide. The researchers found that some people are more sensitive to the effects of cannabis on uplifting mood following the genetic structure of CB1 receptors that have, like cannabis affects them more effectively with people from different genetic cargo.

Cannabis and MS pain is an integral part of the life of a person with MS. It was found that medical cannabis improves chronic pain and muscle in patients with neurodegenerative, a clinical trial conducted at the University of California at San Francisco showed positive results -bkrb 52% of patients reported relief and a significant decrease in neuropathic pain compared to 24% of patients in the control group who did not take medical cannabis.

Cannabis GDP and its derivatives as a treatment for MS;

Satibks this remedy should result in the relief of spasticity in patients with ms, developed by firm GW
Www.gwpharm.com> Sativex.

Marinol or Dronabinol It is a drug derived synthetic THC of this drug for multiple sclerosis patients are given pain relief.
Research conducted at the University Hospital in Denmark Aarhus H and published in SCOTSMAN at 16/072004, examined 24 patients who received half of Marinol for three weeks and half a placebo, after three weeks, they were asked to rate the intensity of their pain.
Patients in the study and received Marinol reported that it helped them reduce the intensity of pain they felt.