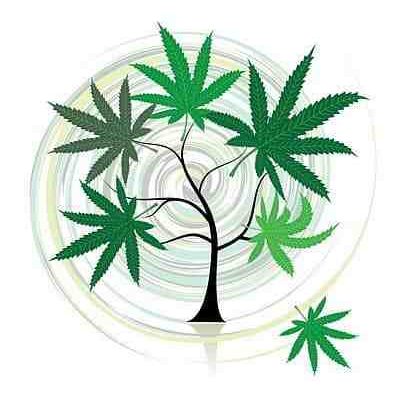 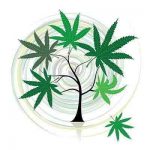 Cannabis and development of human – repeated arguments on the issue of the hemp plant are plant sources, benefit people and the long and continuing relationship between them. Is man created for the hemp plant or vice versa, whether the plant is created for man? Among all these philosophical thoughts, modern science was able to confirm the existence of the endocannabinoid system. The discovery of this system, consisting of specific receptors found in the brain and throughout the body’s nervous system, led to the knowledge that the human body produces cannabinoids as prominent among them is Aracidononilatnolamin known as short Anandamide. The close connection between cannabis plant, the human endocannabinoid system raises questions about coevolution (development of parallel items affecting each other) them. This article will try to shed light on all of them and eventually assemble the puzzle.
Importance in understanding the genetic code to find your ancestors:
Cannabis and development of human  – CB-1 receptors, CB-2 and a variety of enzymes that take action endocannabinoid system are specific proteins encoded from DNA found in every cell of our bodies. The world of science has invented tools to confirm, classify and characterize many types of proteins and substances in the body in order to understand its nature and its secrets. These tools include isolation, cloning, and analysis help researchers in understanding and identification sections. Also, the genetic database is expanding all the time and there is clever software that allow comparisons complexity and track migration of genes between species and even for years.
Endocannabinoid system and its origins:
Cannabis and development of human  – so far discovered about ten major genes responsible for encoding proteins involved in endocannabinoid media. Half a dozen of them have been identified ligands (proteins that bind to a specific molecule and which change operations), but studies have shown that these proteins work only on Anandamide and-2-Arcidonil glycerol. These materials are used agonists (substances that bind Lligand) receptors 1 and 2 (CB-1 and CB-2), which are attached to a protein receptor type G Previous studies have found that the genes encoding these receptors mostly found in mammals (65 species) but also non-mammalian vertebrates (4 species) and one species of invertebrate. After optimization of the search process and use algorithms (mathematical calculation) software enhanced search, it was found that the source may endocannabinoid system receptors are Halofktori system (a system used to smell receptors) of Nematode worms. This hypothesis is based on medium to a high presence of these receptors in areas of the brain responsible for smell and taste. These same frequencies are Limbim structures (the limbic system is the part of the nervous system and takes roles in learning and emotions as well, snuff). These frequencies share ancient connections with a Haolfktri. The researchers concluded that the endocannabinoid system is not developed in the form of tree branches, but about two-and on the eve of the coevolution of the different parts of it. [1]
Historical evidence interaction between cannabis plant person:
Cannabis and development of human  – understanding of cannabinoid receptors in our bodies produce and working with such materials, we can understand the relationship formed with hemp plant. At the beginning of human ancestors were hunters. They were hunters, gatherers and warriors who were looking for food sources and surfaces. As time man learned the art of agriculture and gave up spears and knives and adopted the plows. So he learned to domesticate animals and grow crops to live and began the first human settlement. The first civilizations settled along the major rivers. India Indus, Hwang Ho in China, the Tigris and Euphrates in Mesopotamia and the Nile in Egypt. Based on various archaeological finds and the more recent history of China, archaeologists are convinced not only that cannabis has been used throughout history, but also because it took longer use from the beginning of the first settlements in this part of the world. This information places the source of the hemp plant in eastern China early. The first evidence dates from 10,000 years ago, the island of Taiwan is located not far from mainland China. This was the period of the Stone Age and the ruins of this ancient town found broken pieces of pitchers whose decorations they were created by pressing the cable into the wet clay before hardening. In addition, among those ruins, wedge-shaped vessels were found and are very similar in appearance to tools from a later period whose use was extracted from cannabis hemp fibers. This evidence suggests that cannabis has been used since the dawn of man. Documentation of medical marijuana becomes more period of 2900 BC and the carrier of this movement was Emperor Fu Hsi. According to legend, China was in chaos, with no rules and order or family units. Emperor Fu first established the institution of marriage by ritual and law and secondly he divided all living things according to the principle of male and female forces operating the principle of the world, Yin and Yang. Wine represents happiness, feminine passive and negative impact nature and Yang represented the strong force, the active and good. The hemp plant was a challenge to the classification and so the Emperor decided that the representation of these two forces. The solution he suggested parents to raise only the female plant, and since he has produced more than male medical properties. [2]
Cannabis and development of human – are evidence of endocannabinoid system and plant resources and benefit by human complement us a picture of the fate that was about to occur. Hgolmin relations between individual plant species have created coevolution and contributed to the first of the match to build the cradle of human settlement in the world, the world woven together.
Sources:
https://www.researchgate.net/profile/Michelle_Glass/publication/7339656_Evolutionary_origins_of_the_endocannabinoid_system/links/56b173aa08ae795dd5c50d79.pdf
https://www.druglibrary.org/schaffer/hemp/history/first12000/1.htm