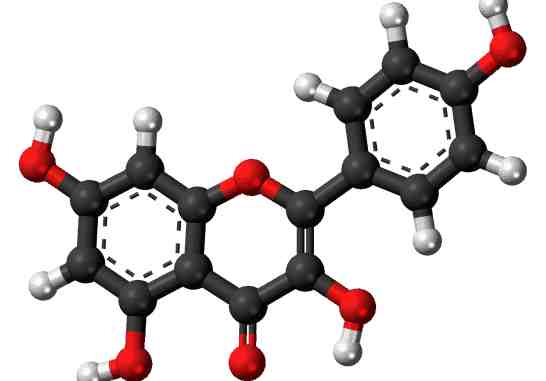 What is CBD – The naturally cannabis found chemical which is called cannabidiol, or in its formal name CBD, was isolated at the late 30’s and early 40’s of the last century. The molecular structure was decoded at 1963 by Professor Mechulam and his colleagues.
Though the chemical was discovered, no pharmacological studies were done under the question what is CBD and its therapeutic potential up until the early 70’s, except from determine that it has no cannabi-like activity in vitro. Though, over the year further studies and experiments reported that the substance contains anti-epileptic properties. In that matter, like a tidal wave hitting the scientific community’s conscious, works over the molecule revealed more properties which will be reviewed in this article.
What is CBD – Anti-epileptic
In the late seventies, number of groups that dealt with what is CBD have discovered that in studies that utilize animal models showed that CBD plays an active role in decreasing ot inhibiting epileptic seizures. These were performed under a series of procedures, such as administrating the drug orally or injection. After repetitive observations that the substance has low toxicity, the research went into pre-clinical trials with epileptic patients and later on, to a clinical trial performed by Cunha and his research team. This experiment had 15 participants, all of them epileptic patients that were administered 200 to 300 milligrams of CBD or placebo per day. The trial was conducted for four and a half months and the lab tests were done every 15 or 30 days. In the end, four out of eight participants from the CBD group were found almost free of seizures, three showed a significant improvement and the control group didn’t show any change.
What is CBD – Sedative and anxiolytic
Already at the early 80’s a number of groups have discovered, each individually, that CBD has sedative and anxiolytic properties, though a higher amount of substance was needed than other drugs at the time. Pickens compared THC and CBD versus chlorpromazine that was orally administered to mice. Musty found that CBD improved avoidance learning in stressful situations and decreased occurrence of ulcer in stress influenced murine. In later work Musty showed that CBD helps to regulate anxiety-like behaviors. On the basis of these initial studies on mice, a brazilian group took an evaluation of CBD activity on anxiety and other effects and performed clinical trials on healthy subjects. They found that CBD inhibits anxiety caused by THC. The same group compared the CBD results with ipsapirone and diazepam in a group talk test. All the compounds were found active though CBD required higher amounts.
What is CBD – Anti-psychotic
Zuardi showed that in animal models CBD decreases psychotic behavior. While using psycho psychotic inducing drugs, it was observed that not only there a decrease in the psychotic behavior occurrences, but a larger amount of these drugs was needed to encourage more occurrences. The same effects were observed under the use of haloperidol though at high doses it caused the patient paralysis, which never happened while using CBD. On the basis of these studies a single clinical test was taken. A 19 year old woman who was diagnosed with schizophrenia, received a treatment with CBD (up to 1.5 gram per day). A psychiatric test which is called BPRS, conformed that there has been an improvement in every aspect of this test. Therefore the writers concluded that CBD has an irregular anti-psychotic profile.
What is CBD – Anti-inflammatory
Though most of the light that was shed cannabis and inflammation was around THC, CBD was reported as a modulator of some factors taking part in mononuclear peripheral blood cells (TNF, IFN-Gama etc.). The substance blocks chemokine production in human B line cells. These potential anti-inflammatory properties of the substance alongside with the lack of psychotic effects and very low toxicity, brought Malfait to consider the potential of CBD as a therapeutic agent in the CIA animal model, which is a model that simulates rheumatoid arthritis. Malfait found that CBD lowered production of inflammation factors in vitro, decreased lymphocyte reactions to mitogens (substances that trigger cell-division reaction) and other phenomenon. When added together, the information shows that CBD has a potential as an anti-inflammatory agent.
What is CBD – Anti-Convulsion and nausea
Over the years the war on cancer made man to develop and invent, which brought the development of chemotherapy treatment, a treatment that have prolonged the lives of many cancer patients. Although the treatment is quite efficient, strong drugs of these kind induced a variety of side effects, and the most distinct of them al are nausea and vomiting. These can last to a period of up to few days. While usually vomiting is accompanied by pre-nausea, it is not committing that they happen at the same time, which is because they can occur separately. Testimonies of many patients had shown that the use of marijuana in addition to the chemotherapy treatment help with those side effects and improves appetite. A survey of more than thousand cancer patients showed that 44% of recommended THC or cannabis to other patient. Today, there are not enough satisfying studies of the mechanism of action about the way that cannabis acts to relieve nausea and vomiting, but this field is being researched widely with animal models in vitro.
What is CBD – When discussing the question, we can only say that this wonderful substance has showed in the last years through many studies, that it’s one of the most therapeutic agents  in the war against many diseases. In the past year many scientists, researchers and scholars  have studied it and all concluded that it holds great power in treating many illnesses.
This article was originated from the website mentioned here
[otw_shortcode_button href=”https://www.thcendcbd.com/%d7%9e%d7%94-%d7%96%d7%94-%d7%a1%d7%99-%d7%91%d7%99-%d7%93%d7%99/” size=”large” bgcolor=”#5B590A” icon_position=”right” shape=”round” icon_url=”https://en.thcendcbd.com/wp-content/uploads/2016/11/il-1.png” target=”_blank”]Read the post in Hebrew[/otw_shortcode_button]
What is CBD

CBD – The great secret of the cannabis plant